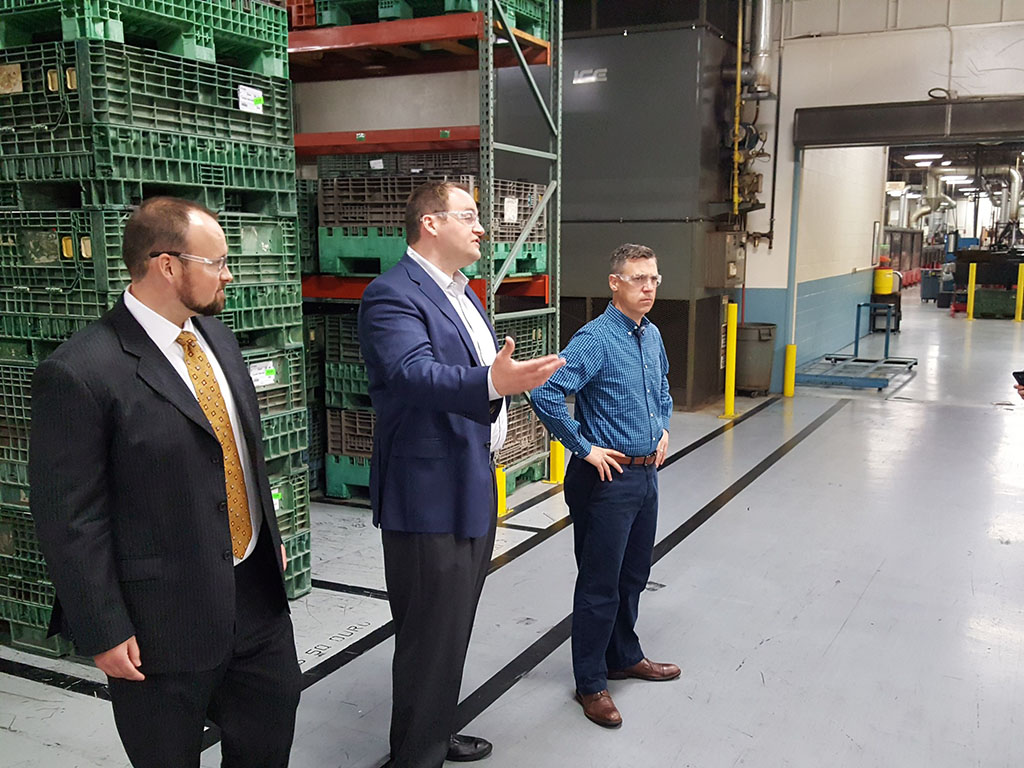 Press-Seal Rail Products provides innovations in concrete tie anchoring solutions and serves the major transit and freight rail systems. Customers can count on many years of engineering and manufacturing strength in the Fort Wayne, Indiana, facility along with logistical warehousing in Sparks, Nevada.  Press-Seal currently employs over 180 associates at its Fort Wayne facility.

The tour was led by Press-Seal Corporation’s Director of Operations, Peter Skinner. During the visit, Congressman Banks saw the manufacturing of several rail products, including Nylon tie inserts for concrete rail ties, rail pads for switches and special track work, and steel inserts used in concrete ties made for the transit industry.

We are honored to host Congressman Banks and share our Fort Wayne success story and continued commitment to the region with him,” said Press-Seal Corporation’s Executive Chairman Jim Skinner. “Reliable and consistent funding for transportation projects at the federal and state levels are critical to supporting rail supply manufacturing jobs here in Fort Wayne and around our state. We appreciate Congressman Banks’ time and interest in learning more about our industry.

Congressman Jim Banks was elected to serve Indiana’s Third District in 2016 and is currently serving his first term. He serves on the House Armed Services, Science Space and Technology, and Veterans Affairs Committees. A native Hoosier, Rep. Banks is focused on pro-growth policies that will create high-skill, high-paying Indiana jobs. He resides in Columbia City with his wife and three daughters.

I greatly appreciate the opportunity to tour Press-Seal Corporation’s local operations and learn more about their exciting rail products said Rep. Banks. I look forward to continuing to engage with those present today as we work together to create jobs, spur economic activity across the state, and ensure our communities are safely and efficiently served by rail. 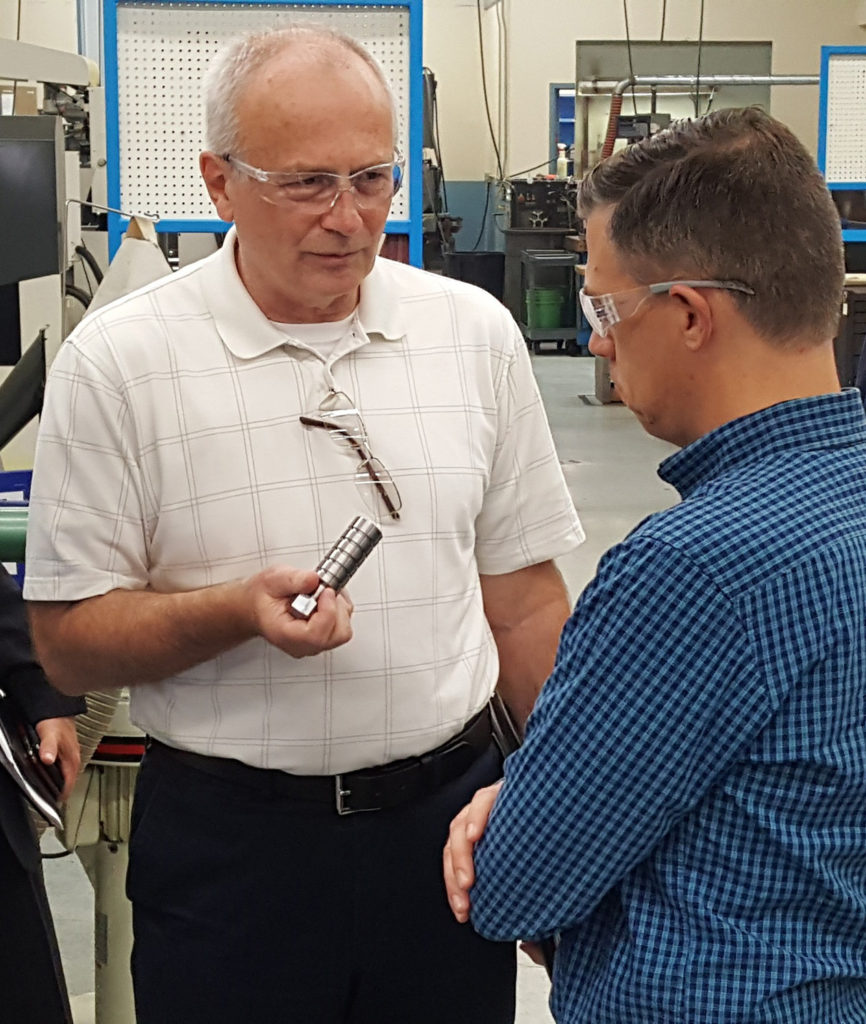 The group discussed the private nature of America’s freight railroad network, which does not rely on federal support for the expansion or maintenance of its right-of-way unlike other modes of freight transportation. Also discussed was the Transportation Investment Generation Economic Recovery (TIGER) Grant Program and its funding situation in Congress.